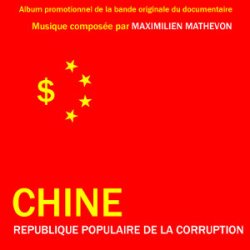 Chine: République Populaire de la Corruption is a one-hour French investigative documentary made by Anne Loussouarn that examines the continuing spectre of state-wide corruption that’s hidden within the country’s recent and significant economic rise. Despite the launch of a high-profile anti-corruption campaign by China’s new leaders – illustrated most by the spectacular downfall of Chinese politician Bo Xilai – Loussouarn’s film uncovers persistent governmental corruption and follows the efforts of local activists to fight against the abuses experienced by the ordinary citizen. Chine: République Populaire de la Corruption (Chine) is typical of many investigative documentaries: plenty of sequences of clandestine filming of dubious meetings, footage of car journeys through city streets and face-to-face interviews with various interested parties. Much of the details of the film were lost on me – my understanding of French is too limited for me to follow much of what was said in the original copy of the film I viewed for this review – but one facet of the documentary I could follow was the score, written by prolific French composer Maximilien Mathevon.

Mathevon has had extensive experience in scoring documentaries (Bonaparte en Egypte, Papa s’en Va en Guerre, Napoléon, and Nantes Sous Les Bombes Alliées being notable recent examples) which has resulted in the composer producing a score that balances the difficult task of providing a level of musical accompaniment that enhances the film rather than dictating or manipulating the unfolding narrative. The composer has chosen to tone down the ethnic influences, employing some Chinese stringed instruments, percussion elements (including wood blocks) and Eastern cymbals. For a significant portion of the score we are treated to a series of interesting combinations of these limited instrument palettes. Only occasionally does the score dwell on emphasising the geographical location. The album opens well with what I believe is one of Mathevon’s strongest themes, “Historique (Theme)”. Beginning with a driving string ostinato, woodwinds state what could be considered the main theme of the score. Thunderous percussion then heralds the appearance of an attractive secondary portion played on piano. A variation of this opening theme also bookends the album, neatly concluding the selection of tracks giving a pleasing sense of closure on the short album. Variations of this opening theme appear at several points throughout the score but never with the same level of intensity or vigour.  Heard again in “En Chine” and “En Chine (Variation)”, this theme seems to be associated with the ordinary Chinese people – both in terms of the opportunities and optimism the population must have felt when China began its economic rise (mirrored in the drive and energy of this theme in “Historique (Theme)”), and reflecting the downtrodden and oppressed – but proud – Chinese people who suffer under the corrupt regime (echoed in the pensive and sombre piano statements of the theme as heard in “En Chine” and its variation).

Because of the nature of the film, the majority of the score sets out to maintain the tension as the various aspects of the filmmaker’s investigations progress. The various versions of “Enquêtes” (“Investigations”), for example, mix wood block percussion, cymbals and a cimbalom-type instrument in a variety of consistently interesting ways. There’s the required tension but it remains musical throughout. A similar palette is also used to accompany the explanation of the downfall of Party member Bo Xilai (e.g., “Bo 1”). The dark side of life in China provides a contrasting voice within the score, where various electronic tones and short musical motifs are brought together and are used with examples such as how the police clamp down on free speech and filming (“Ominous”), where sinister piano rumblings are mixed with the haunting tones of what sounds like a verrophone at the suggestion of murder (“Intro Meurtre –  Meurtre”) and where low bass clarinet punctuates the story of an activist who is horribly disfigured as a result of an acid attack (“Le Méchant (Variation)”).

The score for Chine: République Populaire de la Corruption is an entertaining listen. Within the film itself, the filmmakers have extracted fragments from the various compositions to insert where required – I am assuming that the composer composed entire cues (presented here) which were then modified for the film. Hearing them in their entirety allows the listener to enjoy the various ideas and themes in a way that is only hinted at when they are heard in the documentary itself. For me, this is by far the most satisfying score from Mathevon I have heard to date. A particularly positive aspect of the score is his decision to go with a small ensemble rather than a large orchestral score. Limited project budgets together with the composer’s love of electronic music means that his scores tends to use a variety of samples and electronics textures. This works well for Chine, but I do find that some of the more orchestral scores he has composed in the past do betray their synthetic origins and, for me, this can be quite distracting and can remove some of the enjoyment.

With Chine: République Populaire de la Corruption, Mathevon again shows he understands what’s required of a documentary score and he appears to relish the opportunity to explore how to balance the tension and drive of the music. It’s commendable that Mathevon has provided a 25-minute suite of tracks for us to enjoy and I recommend that everyone take the opportunity to listen to them at the composer’s website.